The men and women of the Kent County Sheriff's Office are bound by a high standard of conduct, as exemplified in the following values:

The position of Sheriff traces its history back more than 1000 years to medieval England, where the Shire Reeve (from which our word "sheriff" derives) was the "king's man" within a shire – a community of about 100 families. His duty was to maintain order while enforcing the king's will. In 1215 the Magna Carta permanently established the position of Sheriff under English law.

The position of Sheriff crossed the Atlantic with the English colonists. Most historical accounts agree that America's first sheriff was Lord William Baldridge, appointed in 1634 as sheriff of St. Mary's County, Maryland. The first recorded Sheriff of Kent County was Henry Morgan, in 1648. Morgan had arrived on Kent Island, which was then part of Kent County, in 1637.

By the time our Nation was established, the Sheriff was an elected official and remains so in all Maryland jurisdictions and most counties across the country.

The Sheriff is the only law enforcement officer who is directly accountable to the public at large, through periodic elections. 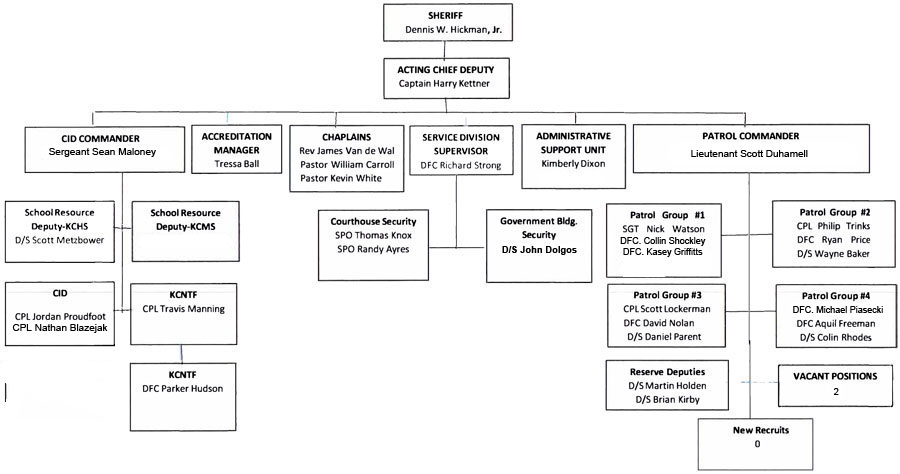